How I feel about The Religions.

Ever since I was a little girl people have asked me if I’m religious, and do I believe in God. I have always answered that I don’t belong to any specific religion. I have said that I am spiritual, and that I pray, but I don’t define it within a specific religion, culture or set of rules. I have said that I believe in God, but I don’t believe in the way God is defined. I just don’t believe in God in the same way. I have been ridiculed, judged, criticized, met with anger and hate. To me spirituality is something that is taught in religion, but it is so much more than that as well. I have grown up in a family that has all kinds of religions and beliefs. My father and his 5 brothers grew up within a catholic family who went to a catholic church. My grandparents are still catholic. One of the families are Baptist, one family is protestant, one family is Jehovah’s witnesses, my dad believes in God and prays but doesn’t define it as a specific religion, he has been Catholic and Muslim, and my mom is an agnostic. Needless to say, I have from an early age been witness to quite a large amount of religious discussions. I saw, on a micro level, what is seen in the world today; I saw where religion meets in agreement and is a powerful and positive force, but also the contrasts. I heard discussions about details within religion and culture, I saw how it could cause chaos, disagreements, and quarrels, even sadness, and therefore I could see how on a bigger level, this could cause something like religious war.

This is basically what we do in the world today, we separate each other and disagree, we analyze scriptures and quarrel about meanings, we follow and worship books, books that have stories about someone else’s experiences with God and miracles, someone else’s time and place, someone else’s life and channeling. We do so blindly and we feel so strongly that we are willing to break the very rules we follow. At one point our family all decided that it was no longer allowed to talk about religion in our family. We had to look beyond our differences in religion and opinion for the greater good of the family. If this world is to survive we must look beyond the religions, we must see the light, we must all wake up to the experiences that the people in the books are writing about. We must make our own stories about love, light and bravery. We must channel directly from the source and we must write our own books. Jesus was not a Christian, Mohammed was not a Muslim, and Buddha was not a Buddhist. They were people who experienced and manifested miracles and preached love. In fact it is not even that person’s story that we are reading, it is a bunch of other people who have written that person’s story. Native Americans have always been a highly spiritual civilization and so were the Mayans and Egyptians. The fact that they do not believe in the same way as others does not make them sinners. So many are focused on what they believe as truth, but what is truth if we all have individual perspectives? We can have faith and we can learn from religion, but we will never understand the universe, our selves, or each other, if we are focused on who’s right and the set in stone “truths” within The Religions. 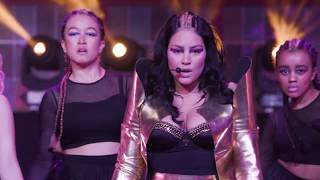 "ALL I HEAR" live video.

"THE HUNT" New video and single out now!!!